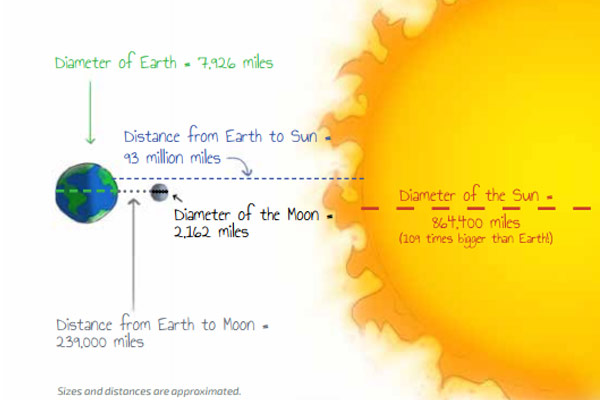 This activity helps children understand the relative sizes of the Sun, Earth, and Moon, as well as their relative distances from each other.